2016 Olympic Games and Land Conservation……What do they have in common??

Every four years, the world comes together in an event unlike any other.  Athletes from around the world unite to demonstrate the ideals in competition, sportsmanship, and entertainment. In addition to the good tidings that are created between nations and peoples, there as a uniting of the United States.  Americans from coast to coast come together to cheer on athletes representing the United States.  Viewers from around the country get the chance to watch athletes from every corner of the nation compete in all kinds of sports.  In that spirit, I wanted to take a moment and look at not only specific athletes and their hometowns, but at the conservation practices in those general areas.  I have chosen a group of eleven athletes, and found a conservation organization near their hometown area, using the Land Trust Alliance’s resources, namely findalandtrust.org.   Nearly every part of the country has its own unique features that ought to be preserved and protected. It is wonderful that there are conservation organizations, like Douglas Land Conservancy, that are hard at work to protect the land in perpetuity.  Over the next three weeks, we will take a journey throughout the country, learning more about Olympians both from Colorado and throughout the country, and about conservation practices in their hometown area. 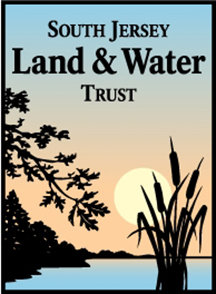 We will start our conservation journey on the East Coast, where conservation takes on a different look.  On the East Coast, it is not necessarily about the amount of acreage that is protected, but instead the focus is on specific tracts of land.  We begin with wrestler Jordan Burroughs, who is the reigning gold medal winner at 163 pounds.  Burroughs is from Camden, New Jersey, which is right across the Delaware River from Philadelphia.  To an outsider, it would seem that suc
h a bustling, populated area would not be well served by a land trust.  However, at South Jersey Land and Water Trust, they are actively working to preserve open space in Glassboro, New Jersey.  South Jersey Land and Water works to protect critical habitats, farmland, and open space in the Southern New Jersey area, protecting over 2,100 acres. 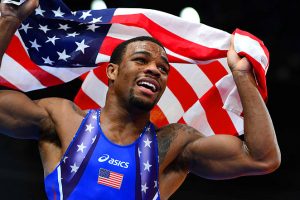 According to their website, SJLWT “focus attention on the value of our region’s watersheds – our land and water, promote greater understanding of their fragility, and be alerted to threats to their environmental health.”  SJLWT emphasizes the educational and interactive part of conservation, putting on a number of workdays every month to engage the community.  For more information about South Jersey Land and Water Trust, and their critical work in southern New Jersey, visit sjlandwater.org.

We next turn our attention of Katie Ledecky, and the Washington D.C. area.  Ledecky won a gold medal at the 2012 Olympic Games in London in the 800m freestyle, and has emerged as a potential breakout star in Rio.  She is the current World Record holder in the 400m, 800m, and 1500m, and is expected to have a dominant 2016 Olympics.  She was born in Washington, D.C., which is home to one of the more unique conservancies in the country.  The Rosedale Conservancy was formed in 2002 by concerned citizens of the Georgetown area of D.C. to protect three acres in the Cleveland

Park neighborhood.  These three acres now function as a community park, and the Conservancy is run by a 13 member, volunteer board.  The community hosts events on t
he protected three acres, and engages in organized action to help maintain the natural characteristics of the park. For more information about The Rosemont Conservancy, visit rosedaleconservancy.org.

The final athlete that we will look at for this week is gymnast Aly Raisman.  Raisman was the captain of the U.S. women’s gymnastics team at the 2012 Olympic Games, winning gold medals in the team and floor competitions, as well as a bronze medal on the balance beam.  She returns as captain for the 2016 Games in Rio.  Raisman grew up in Needham, Massachusetts.  A land trust in the area is Metacomet Land Trust in Franklin, MA.  MLT works to protect segments of land throughout Massachusetts.  One of the more unique aspects of MLT is that they work to preserve affordable housing options.  Metacomet Land Trust describes their program, saying  “We offer a model program that provides seven affo

rdable, owner-occupied single family homes that were rehabbed with state grants and sweat equity… Metacomet Land Trust owns the underlying land at each site and leases the use of the property for 99-years, thus reducing the cost to first-time homebuyers.”  This unique program is a potential model for land trust and local government interactions in areas where affordable housing is necessary.  For more information about Metacomet Land Trust, visit metacometlandtrust.org.

In just these three organizations, we can see that there are a wide variety of land trusts throughout the United States.  I hope that you will enjoy the next few weeks as we watch elite athletes compete from all over the world, and all over the United States, while also diving into what land conservation looks like across the U.S.

The Olympics continue to roll on, and so does our examination of the conservation field in the United States. In the second part of the three-part series, we will look at athletes Michael Phelps and Emma Coburn, and the conservation practices in different areas of the country. 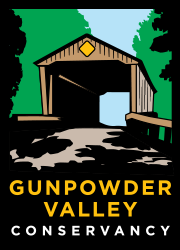 Phelps is the most decorated Olympic athlete of all time, and is only adding to his medal count in Rio, having already won three gold medals. We undoubtedly know of his excellence in the swimming pool, but what about conservation efforts near his hometown? Phelps is a native to Baltimore, Maryland, which is also home to Gunpowder Valley Conservancy. GVC was founded in 1989 for a twofold purpose: protect land and maintain waterways. According to their website, they seek to preserve land to protect waterways and by maintaining waterways, they work to foster better land. They are not solely a non-profit or exclusively a water way restoration organization, they function as both in an attempt t 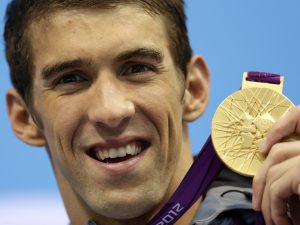 o best serve the Baltimore area. GVC works to preserve local watersheds and their natural attributes. According their website, the filtering capacity of the lands GVC protects is critical not only for animal habitat, but 61% of the Baltimore area water supply comes from two reservoirs within the watershed. The local community gets involved in GVC’s work through community projects that help restore waterways. For more information, visit gunpowedervalleyconservancy.org. 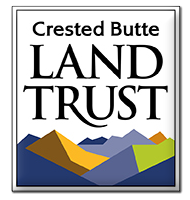 urn is the current United States national 3000m steeplechase champion, and has been since 2011. She came in ninth place in the 2012 Summer Olympics in London, and is expected to contend for a medal this year in Rio. She is a native to Crested Butte, Colorado, and attended the University of Colorado in Boulder. In her hometown of Crested Butte, Crested Butte Land Trust is actively working to protect the beautiful Gunnison Valley. CBLT seeks to preserve scenic areas and view corridors, wildlife habitats, and fragile ecosystems. The land trust also seeks to protect land for agricultural and ranching purposes. According to their website, there is a three-fold missio

n for the land trust: to preserve and protect natural areas, preserve water resources in their natural state, and preserve land for its aesthetic or recreational value. CBLT works to protect and steward open lands in the Gunnison Valley for a multitude of purposes. For more information, visit cblandtrust.org.

Gunpowder Valley Conservancy and Crested Butte Land Trust are in two completely different parts of the country, yet pursue the same end goal: protecting the beautiful country that we are privileged to live in. I hope that as you continue to watch the 2016 Games in Rio, you take notice of an athlete’s hometown, and know that there is a conservation organization working hard in that area of the country.

For the final part in the three-part series on the Olympics and conservation in the U.S., we will take a look at track and field athlete Ashton Eaton and soccer player Megan Rapinoe. As the Rio Games begin to wind down and even more medals are handed out, both Eaton and Rapinoe are expected to take home the gold in their respective contests. Both are from the western part of the U.S., and have some great land trusts near their hometowns.

Ashton Eaton is the reigning Olympic champion and current world record holder in the decathlon. Often called the world’s greatest athlete as a result of his gold medal in 2012, Eaton competes in ten different events over several days. He was born in Portland, Oregon, which is also home to The Wetlands Conservancy. The Wetlands Conservancy was formed to protect the wetlands environment to support fish, wildlife, open space, public safety, and an overall appreciation of nature. TWC spans the entire state of Oregon, and is based in Portland. The conservancy focuses on wetlands be

cause of their import to the environment. According to their website, wetlands are found throughout Oregon, and play a crucial role in cleaning and recharging the water supply, and serve as natural buffers that protect their communities. Throughout the state of Oregon, TWC protects 28 properties through conservation easements. For more information, visit wetlandsconservancy.org.

Megan Rapinoe is a critical member of one of the most dominant teams in the world, the U.S. Women’s Soccer team. The reigning World Cup champion, the U.S. team is expected to win the gold medal in Rio. Rapinoe is from Redding, California, as is the Shasta Land Trust. Located in northern California, SLT works to protect working ranches and agricultural lands, migration corridors and wildlife habitats, as well as scenic and recreational landscapes. According to their website, SLT’s mission

is to conserve the beauty, character, and diversity of significant lands in far northern California. A unique part of the organization works to convert rail lines to area trail systems for hiking, biking, and horseback riding. SLT also engages the community through creek cleanups and other stewardship activities in an effort to restore and protect local natural resources. They also offer event for the public, including guided kayak trips and adventure hikes. For more information, visit shastalandtrust.org.

I hope that you have enjoyed the 2016 Olympics in Rio, and that you have learned a little about conservation in the United States during that time. Conservation is a growing industry in the U.S., and it is important to know that conservation work is being done throughout the country. The hard work done here at DLC is just a part of bigger effort by land trusts across the country to protect this beautiful nation that we live in. DLC is dedicated to protecting the natural environment of the Douglas County area, and there are organizations just like it dedicated to doing the same work for their local area. 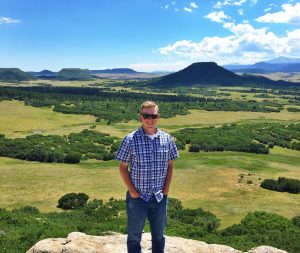 David King is a senior history and humanities major at Valparaiso University in Valparaiso, Indiana. He is a 2016 CAPS Fellow through the Institute of Leadership and Service at VU, and his placement is with DLC, where he has learned all about the conservation field and explored his native Colorado.