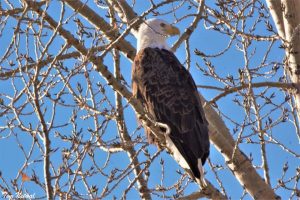 Let the Eagles soar. Sunday I will be cheering on the Eagles as they battle the Patriots in the Super Bowl.  I’ve nothing particular against the Patriots. I like patriots. People who honor the traditions of this country and work hard to protect them are patriots. What about the Boston Patriots, the National Football League team and defending Super Bowl champions?  Hey, I’ve got nothing against the football team, even considering deflategate and sideline eavesdropping. I admire the skills of the players and coaches on that team. They are as close to perfection on the football field that we’ve seen for a number of years. And even that persistent smirk of quarterback Tom Brady and the permanent scowl of coach Bill Belichick don’t bother me. They’ve earned it.  But when you put them up against Eagles, our national symbol and our most revered feathered friend, how can you go for the patriots?

When you are an advocate of wildlife, nature and open space, such as am I, ask yourself this – would you rather see an eagle soaring over our open spaces or some patriot marching up and down a field?  I’ll go with the eagle any day.  Besides, eagles are on a great winning streak themselves. Just think of a few years ago when eagles were put on the endangered species list because their numbers were dwindling fast.

The widespread use of pesticide, which thinned the shells of their eggs, hunting of them for their feathers, and the reduced habitat had cut their numbers to the point many preservationists feared for their very survival.  Many actions followed to help eagles to a great comeback. Some pesticides were banned. Hunting was outlawed. Habitats were defined and protected.

At Douglas Land Conservancy, wildlife habitat protection is one of its main missions. DLC is all about preservation, for the benefit of wildlife and not so wild life, such as you and me.  Taking a walk around one of the public open spaces in Douglas County that DLC holds the conservation easement on, can bring peace of mind, a better outlook on life, and a realization that we are all in this together. We help create better places for men, women and beasts.  And that includes eagles. 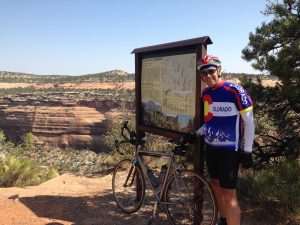 Richard Bangs has worked in Castle Rock since 1986 and is now retired from Castle Rock Bank as an Information Technology Assistant in the Information Services department. He was born, raised and educated in Montana, earning a BA in journalism from the University of Montana in Missoula. He worked on a variety of newspapers in Montana, Wyoming, Colorado and Australia, ranging from community weeklies to metro dailies. He came to Castle Rock in 1986 and worked for the Douglas County News-Press for 14 years as an editor and manager. He also was manager and part owner of the Castle Rock Daily Star between September of 2002 and December of 2004.Bangs joined the Douglas Land Conservancy Board of Directors in 1992. He lives in Littleton, CO with his wife Susan.