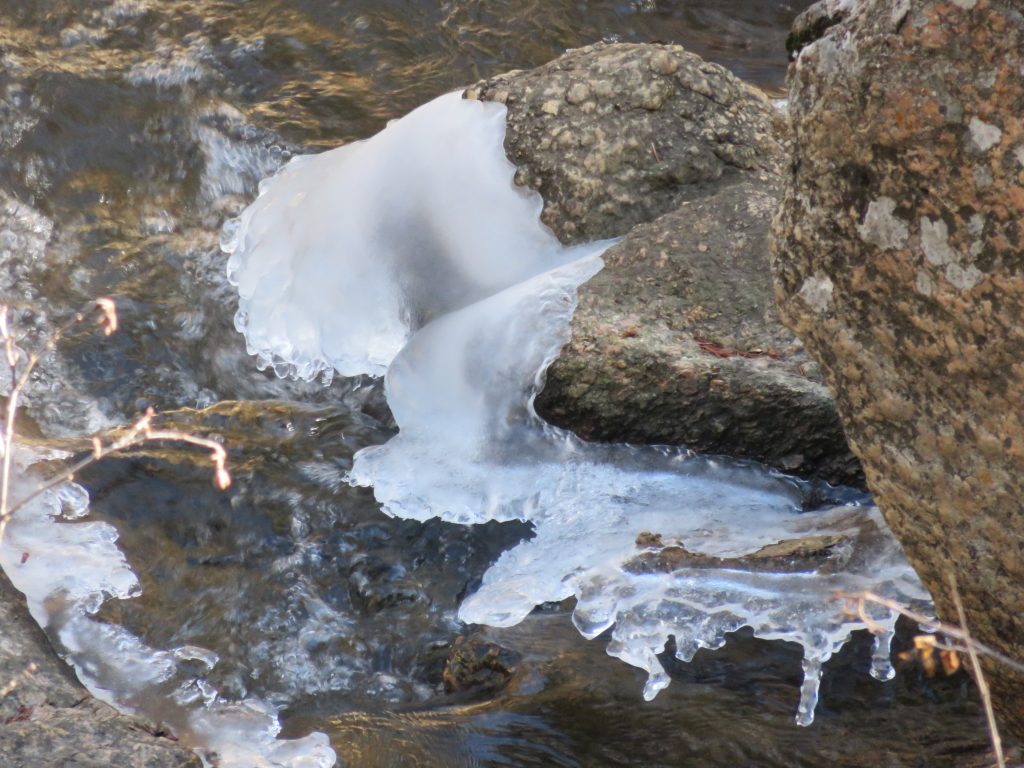 Being Present with Nature

On a sunny day in late winter, I went for a walk in Waterton canyon. It is a magnificent setting that the South Platte River carved to move from its mountain origins out onto the plains of America’s vast interior. The river forms the western and northern boundaries of Douglas County until it turns north and east to finally, after hundreds of miles, contribute its Rocky Mountain snowmelt to the great Missouri River at the southeast corner of Nebraska. This day I focused my attention on nature’s details and walked slowly. After an hour, I sat quietly beneath a tree at the river’s edge. Over the next hour my patience was gradually rewarded by a sense of harmony with the natural world.

My new hearing aids brought higher frequency sounds than I had heard in years as the river bubbled and plinked its way downstream. The deeper sounds of water muscling its way downstream were also present as the water responded to the gravity that carried it toward the world’s oceans. When I closed my eyes and just listened I realized that the river is forever speaking a language that is very specific to a particular time and place. Its sounds are absolutely unique to the random shifting arrangement of streambed rocks, the rate of water flow, the slope downriver, and so on. Its language seems to lie just beyond my comprehension, but I am aware that no other place along this river, or any other river in the entire Cosmos, carries precisely the sound I am hearing at this very moment. I sat in wonder realizing that this moment at this very spot on the South Platte has never happened before, nor will it be perfectly replicated anyplace at any time in the entire life of the Universe.

My reverie is interrupted by persistent erratic chirping and flitting shadow that say there is a chickadee among the upper branches of the tree I am seated beneath. What a delightful little spark of energy! It seems miraculous that he and his kin are even here. How did such tiny feisty feathered descendants of the dinosaurs ever make it to the twenty-first century? Most of their ancestor reptile species failed to survive the cataclysmic mass extinction sixty-five million years ago when a momentous explosion, caused when a speeding asteroid collided with Mother Earth, resulted in a global winter that lasted an estimated ten thousand years. I suspect the evolutionary development of insulating feathers allowed the chickadee’s reptilian ancestors to become warm-blooded. That advantage apparently enabled such species to better withstand the frigid millennia followed the asteroid’s impact. Life is always being shaped in response to its surroundings. When the changes are too sharp for a species’ adaptations to follow, it simply dies out. I’m so delighted that Mother Earth’s bird population survived!

A small white stone rests nearby to my left. The sparkles of sunlight dancing with its fine quartz crystals caught my eye. The individual crystals are actually clear, but their myriad of interfaces and micro fractures scatter the reflected light such that it looks opaque and white. It is only a couple of inches long; what are the odds that I would find it? I wonder how long it’s been here in this river canyon and where it originated in the mountains upstream. Probably it was orphaned from its mother rock a few millennia ago by ice age glaciers. I took it home to share its beauty with some friends that evening. One of them saw the shape of a face in its contours; something I had missed completely. There is often more to see if we look a second time.

My foot had been resting on a football sized chunk of granite until it slid a foot further down the river bank. It exposed fresh soil that had been sheltered until I unintentionally moved it. I wondered what tiny, even microscopic, bits of life had been exposed to evaporation and cold. Something is likely to die just because I caused a small rock to slide a foot downhill. We humans are always upsetting the balance of life just by being here. The same is true of everything else. Life taken as a whole is robust and vibrant, but individual expressions of it can be delicate, even tenuous. It is good to remember our place in this web of life.

As the sun left the canyon, a chilly breeze told me it was time to head back to the car. The afternoon had reminded me how important it is to be very quiet inside and out. I miss way too much when I move too fast. Sometimes walking slowly is way too fast. To be still in nature allows my awareness to merge with it into a sense of oneness with all creation. It happens whenever I make time to be still and pay attention. Every one of our moments is unique; it would be a shame to miss their gifts by failing to notice.

Experiences like those described have brought deep appreciation for the goals and activities of Douglas Land Conservancy. Their mission of conserving / preserving unspoiled wild nature in my home county provides me with ongoing inspiration. If you are reading this, I suspect you are also inspired by the natural beauty of Douglas County. I hope you will consider joining us in its preservation. 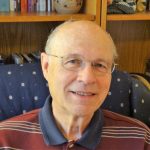