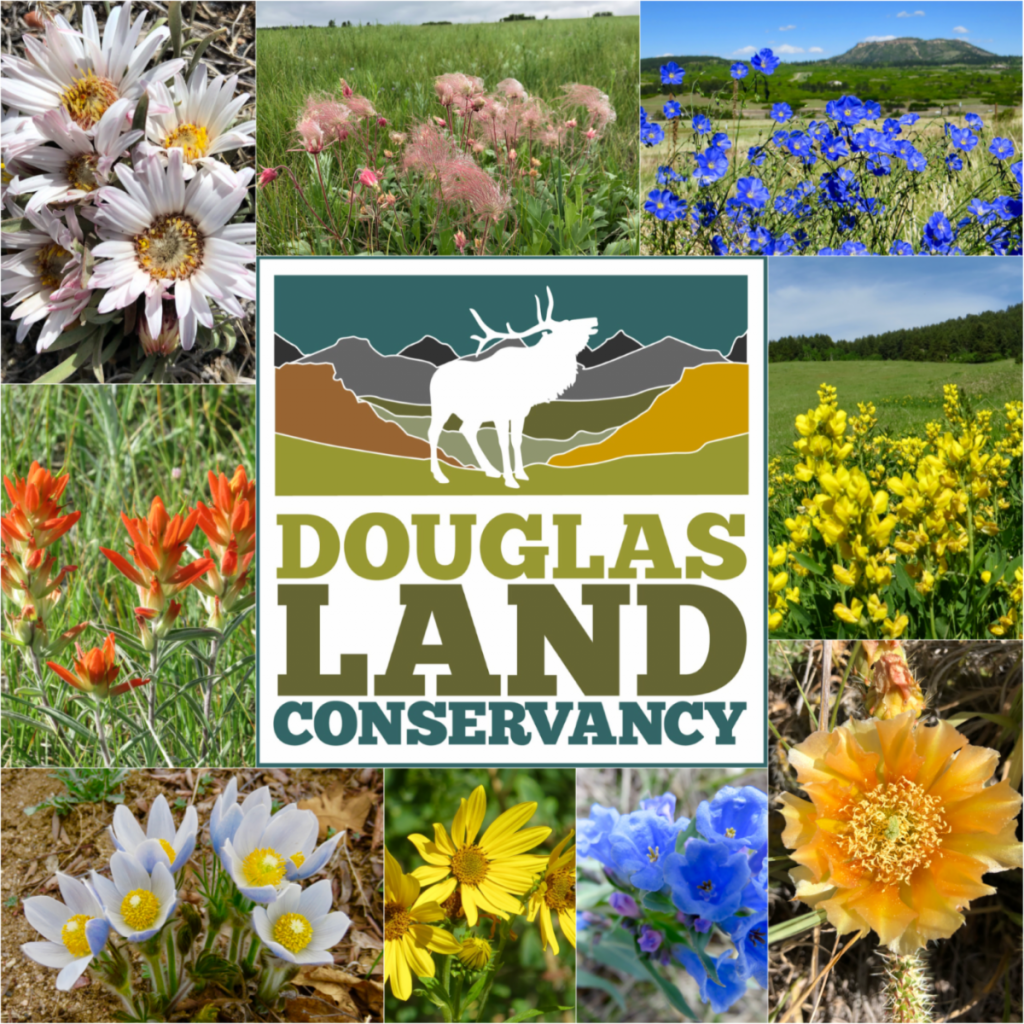 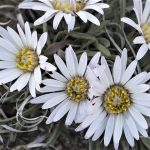 All of us are familiar with the saying, “April showers bring May flowers.” However, along Douglas County Open Space (DCOS) trails, we start seeing native wildflowers blooming in March or April, long before the predicted flower season in May. This year the U.S. Senate designated April as National Native Plant Month, providing wildflower enthusiasts with a reminder that it is time to search for these harbingers of spring.

Douglas Land Conservancy (DLC) volunteers started looking for native wildflowers along DCOS trails in early March as the snow was receding. Rocky Mountain spring beauty is often the first wildflower we find blooming in the spring in our area and this year was no exception. We found the emerging leaves the first week in March, and the next week we found the lovely white or light pink flowers in bloom.

Around mid-March, we noticed northern Idaho biscuitroot (also known as salt-and-pepper) blooming along trails. Their tiny white flowers with red specks are arranged in flower heads that look like little bouquets in the shape of an umbrella.

On hikes in late March, we noticed new growth among the holly-like, evergreen leaves of creeping barberry (also known as Oregon grape). Some plants had bunches of round yellow buds and a few were already crowned with bouquets of eye-catching, bright yellow flowers. 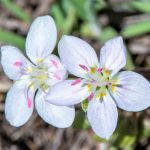 Around this same time, we found the first pasque flowers of the season. Some wildflower lovers say that it just isn’t spring until they see these distinctive plants with their fuzzy dissected leaves and showy lavender or light purple flowers that change their position to track the sun.

Not far from the pasque flowers, we found the small Nuttall’s violet blooming. If you look closely at the bright yellow petals of these cheerful flowers, you will notice purple stripes that function as nectar guides for pollinators.  On a dry open meadow we discovered Hooker’s Easter daisy, a plant that looks somewhat like a beautiful bouquet of daisies that someone dropped on the ground, since the prominent low growing flower heads have almost no stems and seem to hide most of the plant’s leaves. 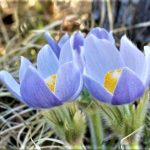 After the wildflower discoveries in March and April, we are sometimes disheartened to learn that April showers brought May snowstorms and frigid temperatures. Fortunately, most of the wildflowers we started seeing in April are hardy and will still be found in bloom in May along with many other species including the beautiful blue Nuttall’s larkspur, prairie bluebell (also known as chiming bells), old man’s whiskers (also known as prairie smoke), early spring senecio (also known as lamb’s tongue ragwort), small-leaf pussy-toes, various flowering shrubs, and many others. 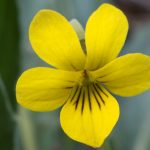 We hope that you will take advantage of nice spring weather to get out on our DCOS trails and discover some of our native wildflowers for yourself. If you would like more help identifying them, there are several great wildflower books for Colorado available in bookstores as well as mobile apps that you can download on your cell phone. Finally, if you would like to go on a guided wildflower hike on one of our open spaces, check out the upcoming events on the Douglas Land Conservancy website at https://douglaslandconservancy.org/.

About the author; Elizabeth Taylor 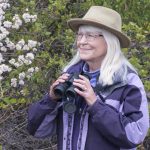 Elizabeth Taylor’s father was a botany professor, but much to his dismay, she pursued college degrees and a career in zoology, wildlife management, and technical communication instead of botany. It was not until she retired a few years ago that she finally started following in his footsteps and became a certified Colorado Native Plant Master® and an NPM instructor. Now she expresses her passion for land stewardship through volunteering as a naturalist for Douglas Land Conservancy (DLC) and Douglas County Open Space, coordinating the DLC/DCOS Bluebird Project, and serving on the DLC Board of Directors. However, one of her favorite pastimes is leading wildflower hikes and sharing her love of wildflowers with others! Don’t get her started talking about wildflowers though, or you may not be able to get her to stop!