It was a call from a close friend, Mike, he and his wife will be moving.  Mike asked me if I wanted his observatory.  The kind with a dome, large telescope, computer controls and all matter of neat ‘stuff.’  He wanted it to be used for education, outreach and a place with clear skies.  He knew I did education, astronomy outreach, lived in the country but, there’s always that but, my home isn’t very conducive for looking at stars; too many large trees.  However, the Douglas Land Conservancy (DLC), a non-profit land trust organization, touched all of Mike’s requirements and then some. 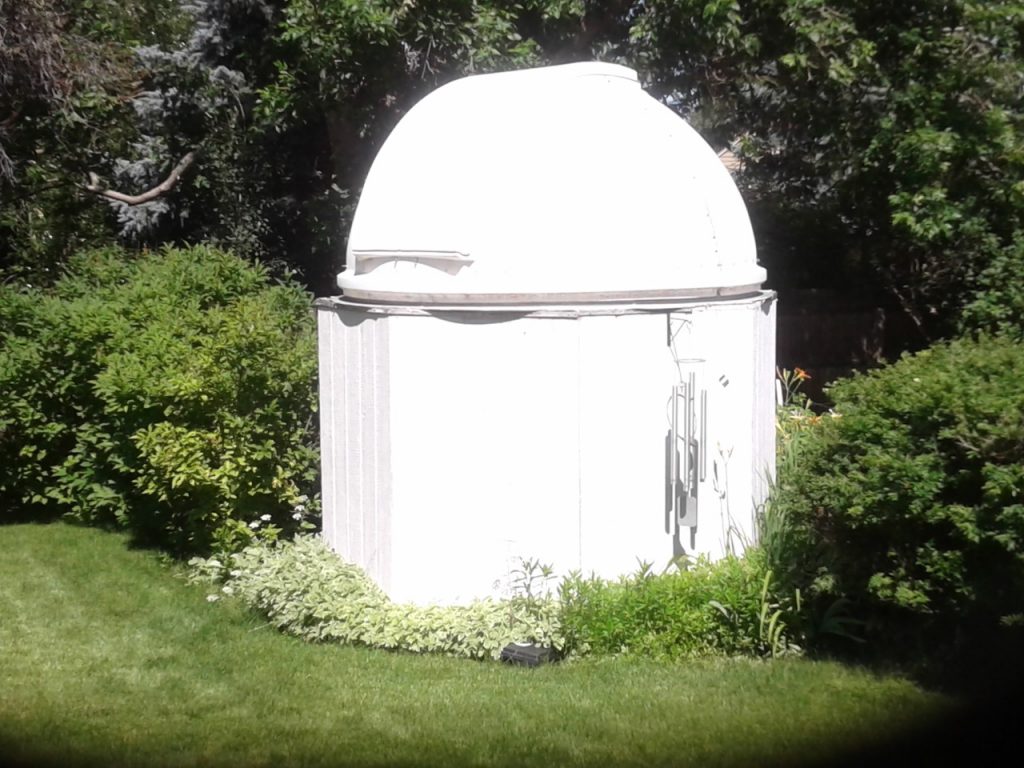 He and I contacted Amy Graziano of the Douglas Land Conservancy and the process was launched.  With help from the Denver Astronomical Society, Douglas County Open Spaces and bunches of other people, the Sandstone Ranch was selected for the observatory location. The Sandstone Ranch is away from urban areas yet easy to get to. It has extremely dark skies, which is rare in this part of the front range. Many people are left in awe at the sight of a dark sky, I certainly am.

When complete, the observatory will introduce countless students and parties to the wonders of the night sky.  Seeing the many rings of Saturn, the moons of Jupiter, gaseous nebulae and other magnificent stellar objects for the first time. And once exposed to Douglas County’s open spaces they have the privilege of seeing how the DLC provides protection of wildlife habitats, native animals and plants, numerous trails and historic sites, not to mention stunning vistas. Keep in mind those are best experienced during the day however; lots of stubbed toes if you try that at night.

Now it’s one thing to have an observatory offered to you, but another thing to make it happen. The logistics can be trying.  First moving the scope; a few hundred pounds. Then the supporting pier that holds the scope; 200 pounds. And all of the miscellaneous but necessary equipment such as encoders, power supplies, computers, wiring and then the dome; more hundreds of pounds.  And lest we forget the crates that had to be constructed to move and protect all of the ‘stuff.’  Fortunately, Douglas County is endowed with a creative and skilled staff that runs like a smooth telescope encoder, never wavering. 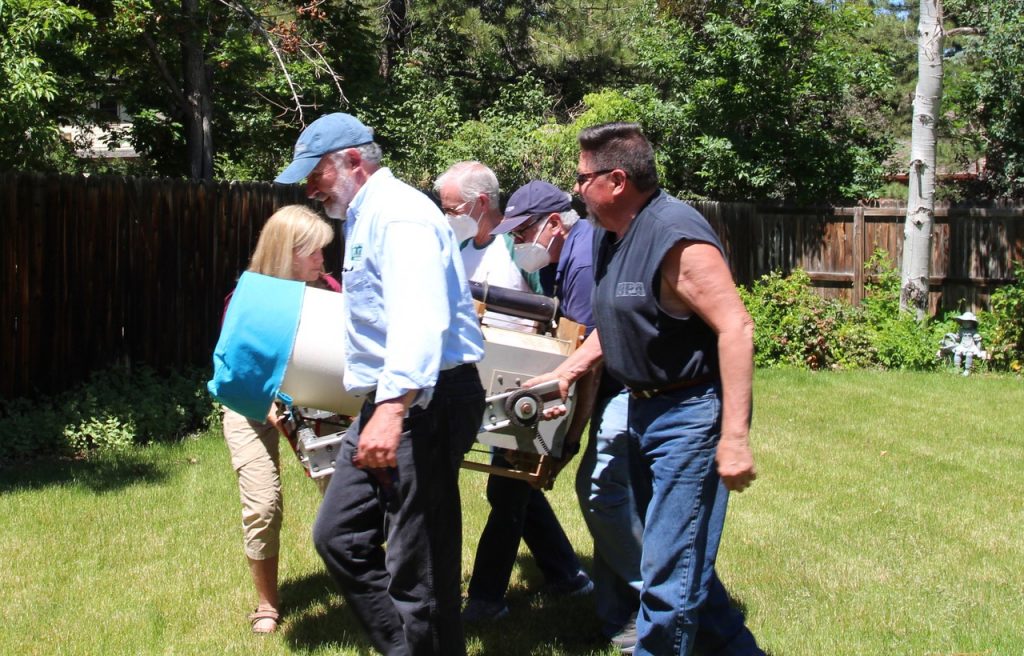 Transporting the telescope to the moving crate. 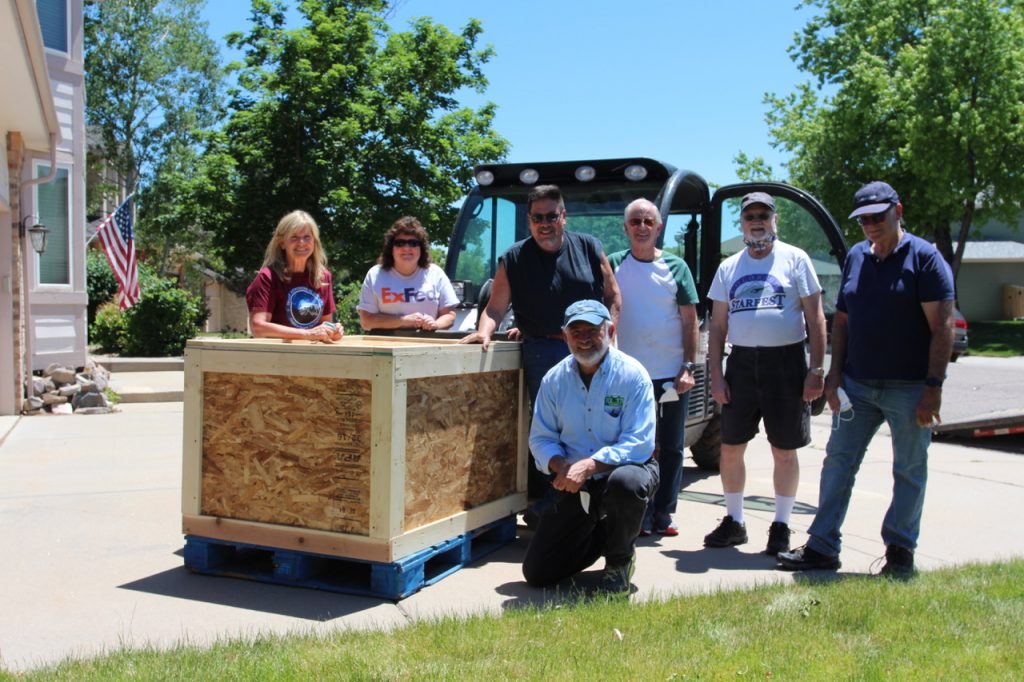 The dome and pier have been moved down to Sandstone Ranch and a potential site was selected. The Denver Astronomical Society representatives conducted dark sky measurements which were quite incredible…really dark skies. The plans for the final design and construction are being developed, and when complete we will break ground. Let the adventure continue!